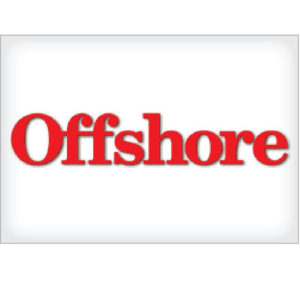 The election of Donald Trump may have charted an unexpected course for the offshore oil and gas world in 2017. After eight years of “just trying to hang on” through the onslaught of new regulations and the removal of more offshore areas from leasing consideration, the offshore industry could receive an emotional and economic boost from the new administration. I say “could” because it is yet to be seen what concrete proposals come forth and to what degree some of the existing regulations can be stayed or rolled back. I also say “could” because a commodity price recovery is necessary for the industry to really get back on its feet. Fortunately, most prognosticators predict a gradual rise in prices throughout 2017, a prediction bolstered by OPEC’s announced plans for a production cut-back. Regardless, a vital ingredient for a successful industry turnaround will be regulatory relief.

More regulation means increased costs of doing business. Our industry welcomes smart and effective regulation, but many of the recent rules and guidance appear to have marginal, if any, safety and environmental benefits and thus needlessly add significant operational costs. The increased cost of doing business prevents companies from growing and investing in exploration, further delaying our nation’s energy and economic turnaround. As the commodity market slowly recovers, true regulatory relief will provide an opportunity for greater efficiency and the ability to produce vital energy sources at lower costs.

What can the new administration do for regulatory relief within its first 100 days? To begin with, it should set reasonable expectations. Right now, expectations are unrealistically high that an ever growing list of rules across the federal spectrum will be rolled back, canceled, or modified. The reality is that the curtailment of existing rules, even with a Republican-controlled Congress and White House, will have to be targeted like a rifle shot rather than a shotgun blast. Rules that can be revoked must fit certain parameters. For instance, rules finalized before May 30, 2016, will remain in place, meaning that most of the rules implemented by the Obama administration are here to stay, at least in the near term. Congress can do little, if anything, to change that category of rules. The executive agencies could initiate a repeal and/or replacement process, but as with any rule-making process, that would take months to accomplish.

However, there are some rules the incoming Trump administration could target. One such rule is the Air Quality Rule concerning emissions from offshore facilities. The development of this rule has been flawed from the start due to inadequate consultation with affected states and incomplete studies used to inform the rule. While touted as a much needed “update” to air quality standards, the rule does much more. The rule is based heavily on the assumption that offshore activities have a significant impact on onshore air. With the industry barely limping along for the last two years, it is difficult to imagine the possibility of significant air impact. In addition, most of the studies under way to quantify any impact have not yet been finalized. Thus, a reasonable approach would be for the new administration to simply halt efforts to complete this rule until the studies are finalized and vetted for scientific soundness.

Randall Luthi is the President of the National Ocean Industries Association (NOIA).