Yesterday an article by the Alaska Wilderness League appeared in these pages, arguing for President Obama to exclude the Arctic from the Department of Interior’s forthcoming offshore oil and gas leasing program.

The opinion paints a vivid picture of the conflict between ‘protection advocates’ trying to save the Arctic and industry’s attempts to exploit it. But for all the florid prose and dramatic language, the piece failed to acknowledge a number of important issues.

For one thing, support for Arctic energy development is not limited to ‘Big Oil’ (if indeed a project sponsored by the Independent Petroleum Association of America can be characterized as such). It extends far beyond.

In a 2014 poll, 73 percent of Alaskans expressed support for Arctic offshore oil and gas drilling, many of whom have urged the Department of the Interior to keep Arctic Outer Continental Shelf leasing in the final program in recent months.

Crucially that support extends to the Native groups who would be most affected by development. An analysis of the docket of public comments on the proposed program, shows that a clear majority of Native organizations, including the Bering Straits Native Corporation, Aleut Corporation, Olgoonik Corporation, Arctic Slope Regional Corporation and Ahtna Corporation, want to see offshore Arctic oil and gas developed.

The reason the vast majority of Alaskans have spoken out in favor of the industry is that they recognize the essential role it plays in the State’s economy, providing roughly one-third of its jobs and 90 percent of its revenues. Significantly, exploitation of the state’s offshore resources could generate tens of thousands of new jobs and billions in state and local tax revenues in the future.

Lucas Frances is spokesperson for the Arctic Energy Center. 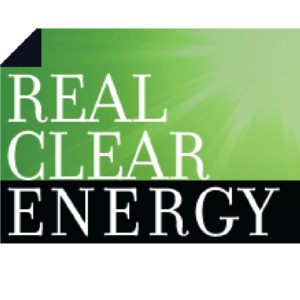 As we enter the final stretches of the presidential campaign, issues that will dictate the future of United States energy are becoming more polarized than ever. Notably, rhetoric continues to intensify surrounding the development of oil and natural gas resources located in the U.S. outer continental shelf (OCS) and specifically in the Arctic region off of Alaska’s coasts. While certain groups continue to voice opposition on these developments, another group integral to the debate continues amplifying its support: Alaska Natives.

The Alaska Native community understands that oil and gas development helps make their way of life possible. This industry contributes the revenues needed to support infrastructure, schools, community centers and other basic services. In fact, it was oil and gas revenues that have been credited for converting North Slope communities, “from basically Third World status to modern communities where we enjoy the pleasure of flushing a toilet,” stated Richard Glenn, the Arctic Slope Regional Corporation's executive vice president of lands and natural resources ” Additionally, the industry has been known as the, “only industry that has remained long enough to foster improvements to our remote communities.”

These communities have long supported industry in efforts to utilize and develop the significant amount of Alaskan oil and gas resources. For instance, the Iñupiat which translates to 'the real people' are settled in communities around Alaska’s North Slope and have been in that area for thousands of years. They were present when Alaska Petroleum Co. began leasing land for drilling in 1896; when the first exploratory well was drilled in the American Arctic in 1900; and when a well drilled in the Cook Inlet in 1936 produced enough gas to run a power plant. They have also stood with the industry as it spearheaded research programs to study the Arctic environment, mobilized improvement techniques on drilling techniques, and reduced the surface footprint of well pads by a factor of five while increasing subsurface access by more than ten times.

It’s important to note that Alaskan Native communities haven’t just stood alongside and watched industry make these critical steps forward; they were and are to this day active participants in oil and gas exploration and production. They provide insight and feedback on proposed oil and gas operations that are then incorporated into drilling plans, and they have played an invaluable role in growing the body of scientific knowledge of the Arctic by contributing their traditional knowledge. For decades, they have provided oilfield services, entered into joint ventures with oil and gas companies, and even pursued their own oil and gas exploration projects. This summer, no fewer than two Alaska Native corporations are drilling exploration wells of their own.